Ninety English Defence League (EDL) members came to the historic market town of High Wycombe, a town with a very multicultural population, to express their opinions about immigration, racism and specifically the muslim population. They were met by three hundred to four hundred 'United Against Facism' (Anti-EDI) ​members which opposed all the views of the EDL.​ I documented the event and made around sixty four images in total and here are a select seven. The day was very fast pace, with people running about everywhere, for once this small town in Buckinghamshire had a purpose, and it was to stand in the face of extremist views about religion and certain ethnicities. It was great there was a roar on the street, a passion... a truth. People stood up to the sound of bullshit for once. People from all over the town came together, all ages and races and backgrounds and merely told the group to "Fuck Off".
I was shooting with my Olympus OM-10 and the first roll of film I shot on the day was some Kodak 200, but when I loaded the camera in the rush of the event unfolding in front of me... (the EDL arriving at the train station midday.) some paper from the film box fell onto my shutter curtain and every image I took on that roll came out with a fibrous shape of England at an angle... this was brilliant but sad. 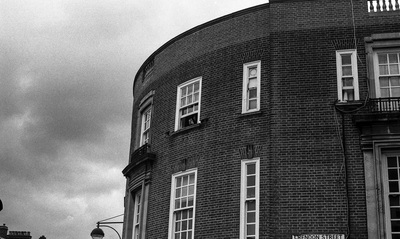 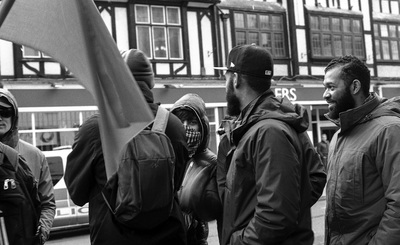 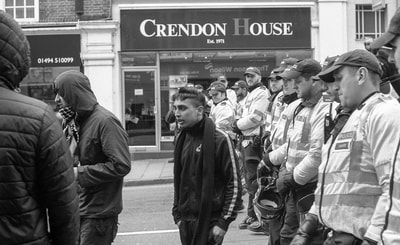 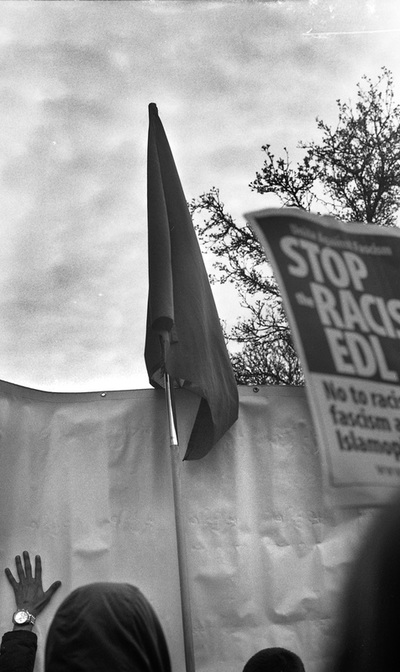 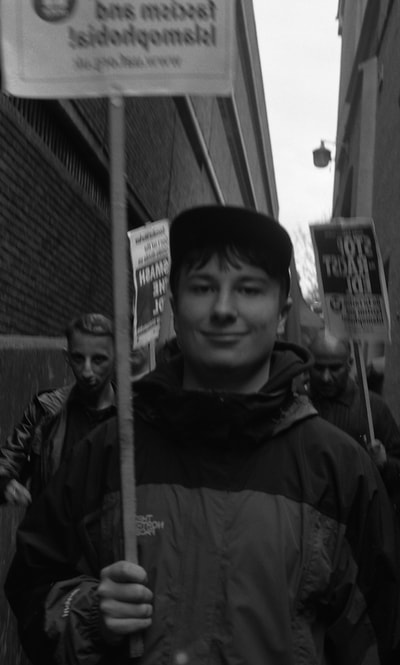 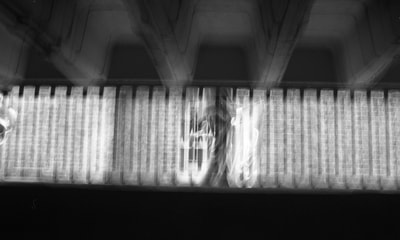 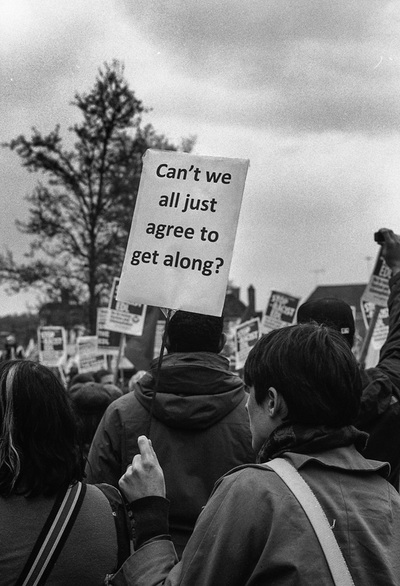 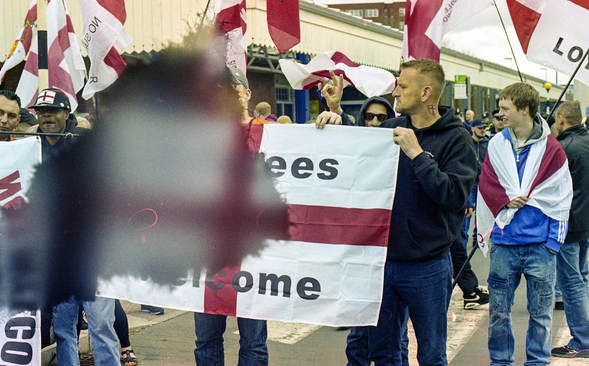