I experimented with Fuji Instax film for a few months during my second year of University and managed to create some very strange and abstract imagery, by taping these unexposed self developing films to the back of old medium format cameras such as a Kodak 66, Zeiss Ikon Ikonta 520 and a 35mm Olympus OM-10, I could create frames inside these little framed photographs and imprint light and colour using a Metz Flash on full power. I was in a dark basement room which had limited natural light so the only light source was a flash, meaning I could actually get the instax's out under the artificial light. (This gave me time to tape it to the back of the cameras and to position it exactly.

I didn't only just put them in cameras to get sharp images of myself in the mirror, I also used them for camera less photography, meaning I also exposed them whilst they were not in a camera. I layered objects and materials on the back (emulsion side) and flashed the Instax's from different heights and angles, I would combine exposure, sometimes up to eight at a time.

As you have guessed I have been using this film in a completely alternative way, it is meant to be used with Fuji's own cameras that have the motor to push them out when they have been exposed, this motor consists of two rollers that squeezes and flattens the chemicals as the image comes out the side of the camera slowly. My process replicated this but with one roller and a table. My roller was a circular paint brush and there was only one, I rolled out the chemicals at the bottom of the Instax and quickly spread it over the whole film with a consistent amount of pressure and speed.

Here are a few results, the whole project is a physical book. 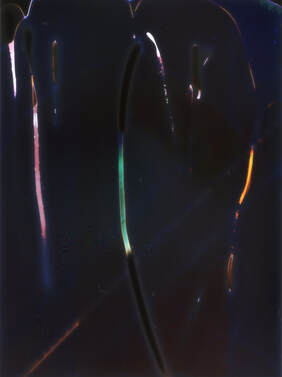 Camera less - This film was exposed and scratched with varying pressure to see how it would react. 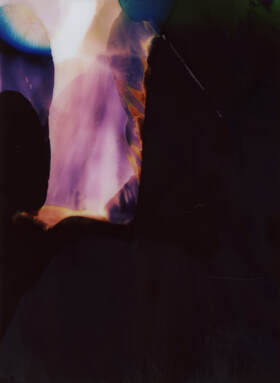 Camera less - I layered coloured plastics and multigrade filters and exposed from a diagonal angle. 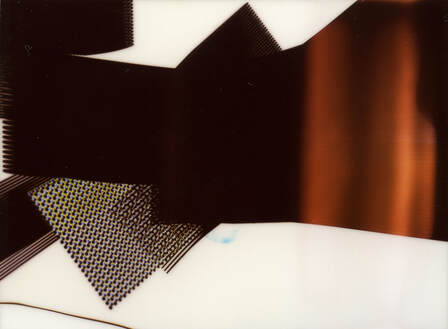 In Camera - This film was exposed to an LED panel on full power for 5 seconds. 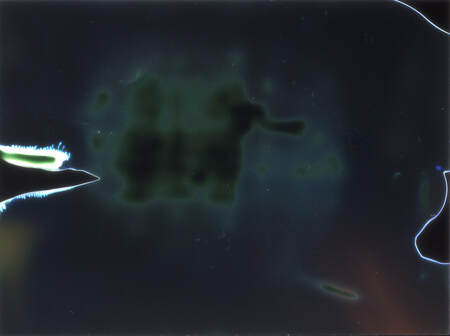 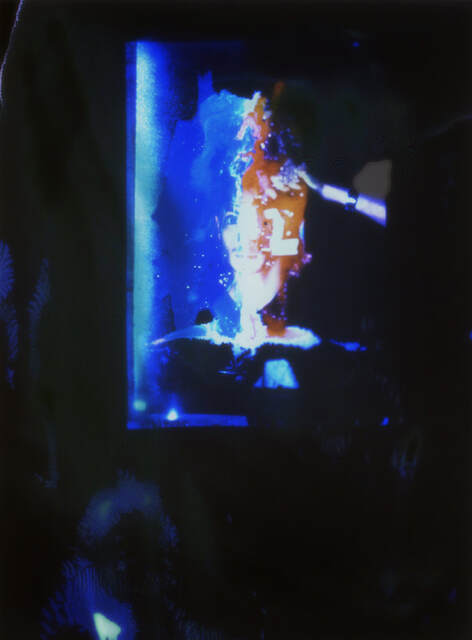 In Camera - This film was double exposed with a self portrait in the mirror at 6 feet with a painting I created that evening. (this was taken with a 35mm camera which is why the colour is framed and has defined edges) 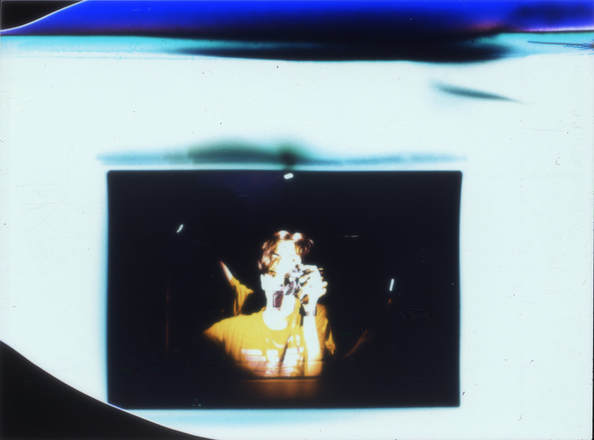 In Camera - This film was triple exposed using the Metz flash whilst the 35mm shutter was held open. 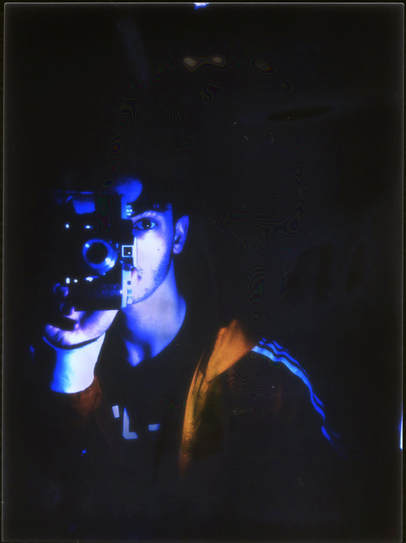 In Camera - This was taken using the 6x6 camera, this camera filled the frame right to the edges and was very sharp. 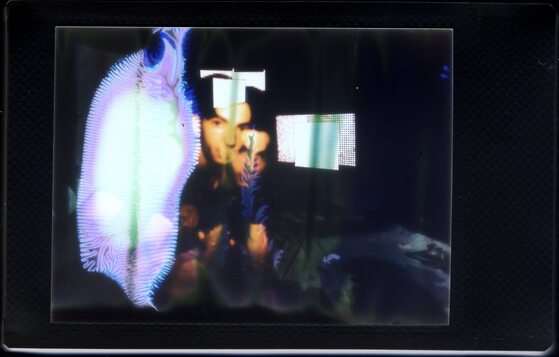 Incamera- This is the most complex photograph I managed to create using the Kodak 66, I photographed myself in the mirror, the LED light set up and various patterns and filters outside of the camera. I then pressed my thumb print to create fractals. 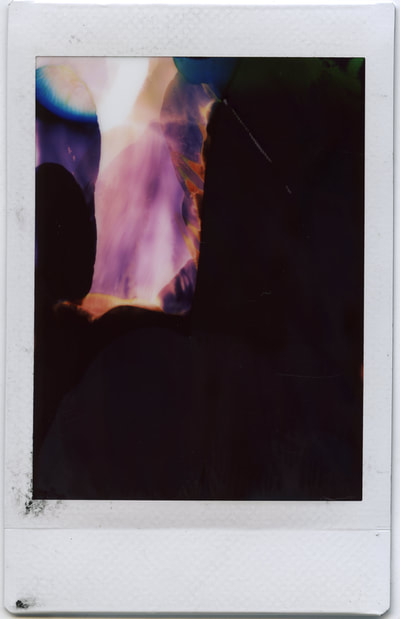 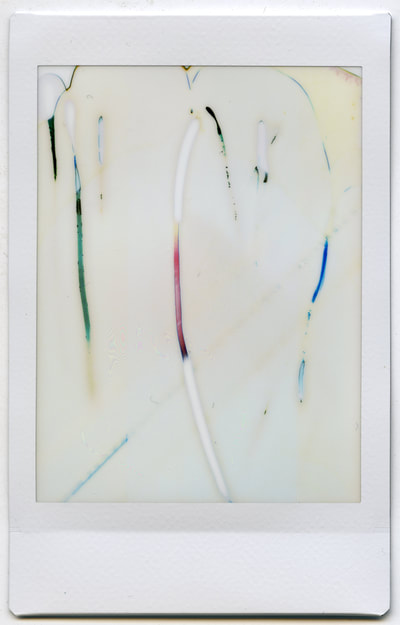 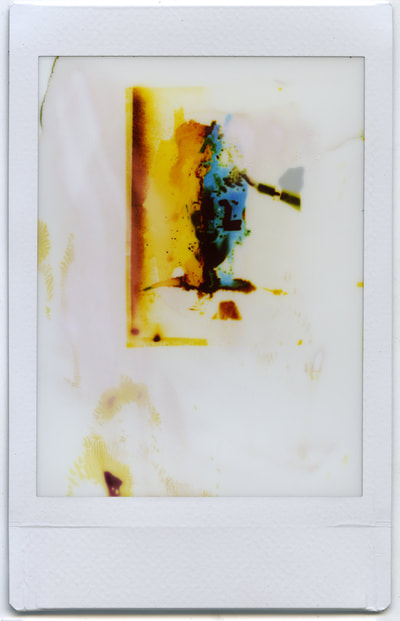 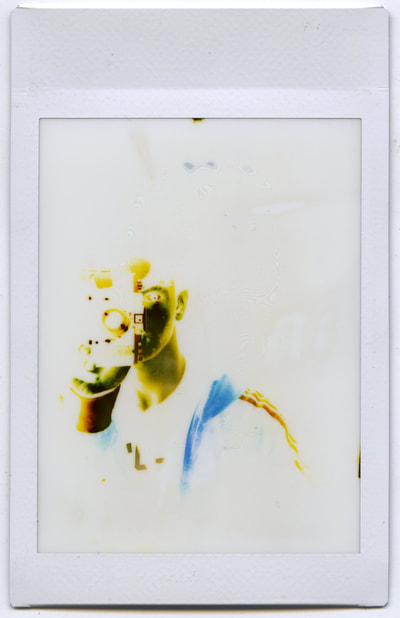 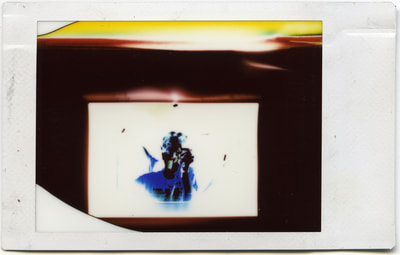 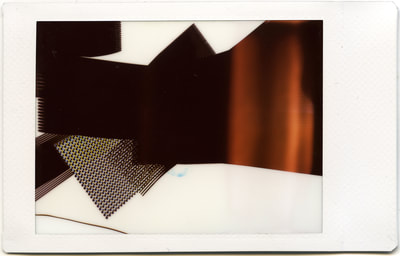 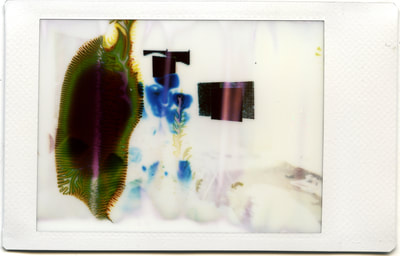 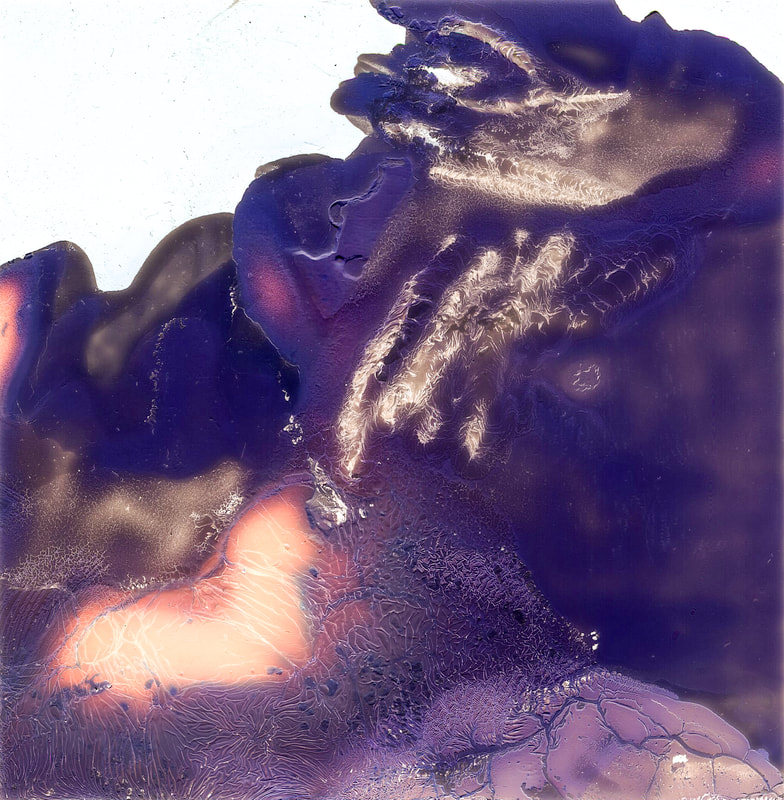 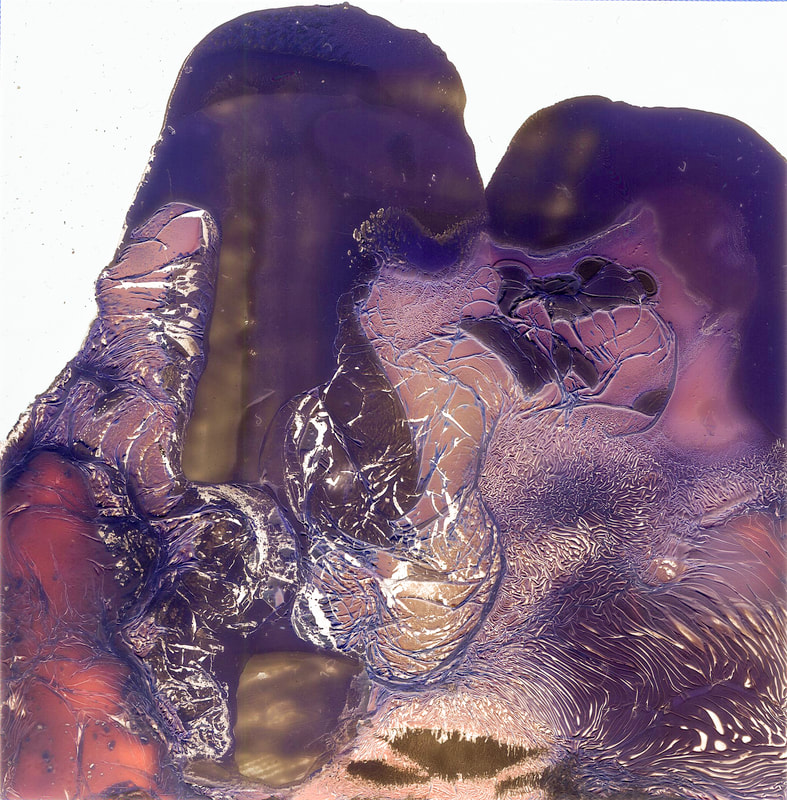 I am yet to figure out why these images came out negative. The film base and chemical process is positive...